Founded in 1995, ABS IT Services (ABS), is an industry leading International Managed Service and Security Provider (MSSP). Headquartered in the UK, with offices and reach across EMEA, we have been supporting our customers across their technology estate for more than 20 years. ABS specialise in IT and Network Infrastructure management and deliver solutions that maximise value and mitigate risk.

ABS enable our customers organisations to successfully grow and transform their businesses, whether through optimising resources, modernising and maintaining networks, migrating to the cloud or leading them through a transformation, we are side by side 24 hours a day, 365 days a year.

We do not provide just a service; we create partnerships with our customers. Our experience and skilled workforce allow us to stand toe to toe with the larger organisations, while our structure and size provides our customers with flexibility.

Our customer base includes MoD, Education, Non-Profits and SMEs, we are also actively engaged with Healthcare and Communities in pursuit of “Smart” environments making use of next generation technology and IoT to improve the lives and experiences of their customers, employees and citizens.

Our services range from typical IT and Network Day-to-Day tasks to providing major system modernisations or complete technology transformation.

ABS IT Services is more than just an employer, it’s a family.

One of our greatest achievements as a business is the inclusion of all variety and diversity of people from multicultural backgrounds, forming a tight knit family atmosphere. The results of this positive inclusion and thinking is demonstrated in our productivity, dedication and quality of service. We believe ‘Thinking Smart’ leads to innovative leadership skills, policy making, progressive actions and confident people, taking all our stakeholders to the next level.

We have provided over 2 decades of high quality of service as a Managed Service & Security Provider (MSSP) to our customers internationally ranging across all technology and communication solutions from hardware supply and support to comprehensive virtualised and cloud solutions to telecoms and networking to IT estate management to software development and much more.

Our belief is that through technology we can build a better and more robust future for our customers, the environment and the wider society.

Aujla Business Systems Ltd, more commonly known as ABS IT services, started from humble beginnings in 1992 founded by Paul Aujla after he completed his full service in the Army and started software development work with the MOD. In 1995 ABS IT Services became a limited company and soon after that Kiran Mahay joined the company. Together Paul and Kiran have developed and expanded the company from a handfull of people to a 50-person strong company over the past 25 years. As the company has grown, so has its capabilities, footprint and customer base. With technicians based across the UK and parts of India, ABS truly provides resilient, reliable, up-to-date and cost-effective services and solutions to its customers.

We are a Managed Services and Security Provider delivering total IT and Network support, services and solutions to Public and Private SME and Enterprise level organisations. In addition to delivering turnkey solutions we also provide hardware, software development, voice and data solutions and consultancy services at a competitive price.

Striving to provide a best in class service to our customers worldwide by better understanding their needs and the needs of our employees, providing innovation, motivate and aspire the use of technology, to embrace change and evolve with the times, whilst committing to a culture of diversity, honesty, mutual respect, teamwork, openness, reliability, courage, trust and creativity to all our stakeholders. 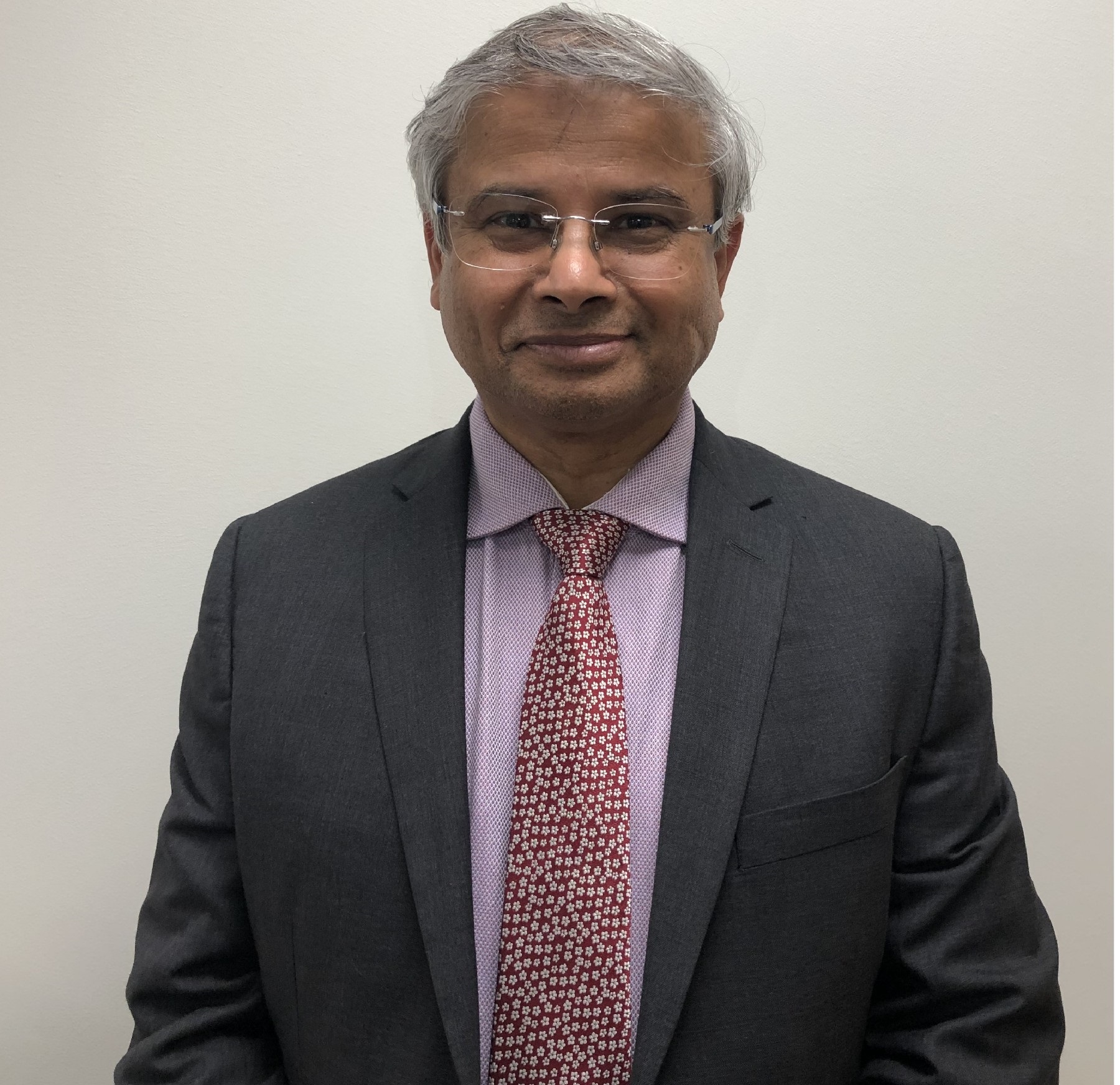 Paul served in the British Army for over twenty-two years at various locations such as Germany, Nort 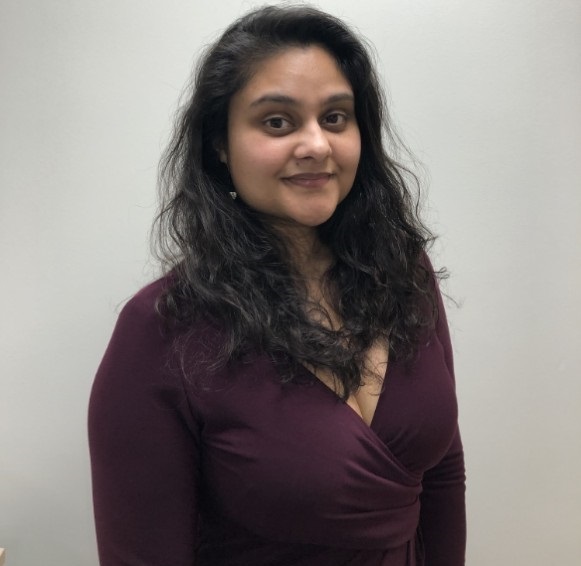 Paul served in the British Army for over twenty-two years at various locations such as Germany, Northern Ireland and Belize. He began his career in IT as a programmer writing ad-hoc programs for his units in the Army and progressing to become the logical designer for the largest Army IT project at the time, UNICOM. He spent time travelling the world with Fujitsu as a Mobile billing and provisioning consultant, which gave him exposure to many different technologies that he introduced in the company. His core strengths, however, are in working with the teams in analysis, design and re-engineering of complex software applications, networks, and security systems. Over the years Paul’s leadership has grown ABS into the successful business, it is today. He has always maintained his focus on providing the best possible service and experience for our customers, but also dedicates time to growing our staff members’ skills and teamwork. He leads training weekends to teach survival skills and to motivate the team to complete fun physical activities. The most impressive of these to-date has been the organisation and completion of a hiking trip through the jungle in Borneo, which certainly taught us how to work together and achieve things that we would not normally have tackled! Paul’s idea of relaxation is a nice bottle of wine and a comedy film, although, we’re not sure if ‘Big Bang Theory’ can be classed as a ‘film’!

Kiran holds a Master’s Degree in Information Systems Management from Southampton University. She plays an essential role in the running of the business by looking after HR, accounts, and general administration. In addition, Kiran serves as ISM (In-Service Management) Manager making sure that all support tasks are running smoothly. She liaises with clients to understand, and to help orchestrate resolutions for any issues that occur within the systems that ABS provide or support. Kiran has also been managing the pay for the Combined Cadet Force (CCF) across the UK for many years. She is well known for being compassionate and diligent in resolving issues raised by hundreds of CCF staff. Whenever she gets the chance, she loves to travel and to experience different cultures, and of course to photograph these adventures from beginning to the bitter end! One such adventure included our incredible staff training trip spent hiking through the jungle in Borneo – you can find Kiran’s pictures under ‘Our Blog’ on the website. Just to be clear, only the good ones are taken by Kiran, others are obviously not her work! 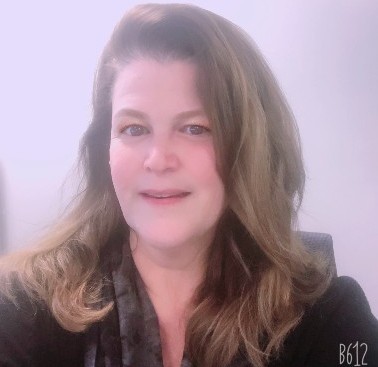 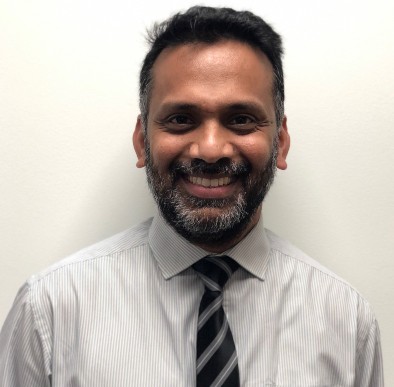 Kannan has been with ABS since 2000, he is a core member of the team alongside Paul, Kiran. Although 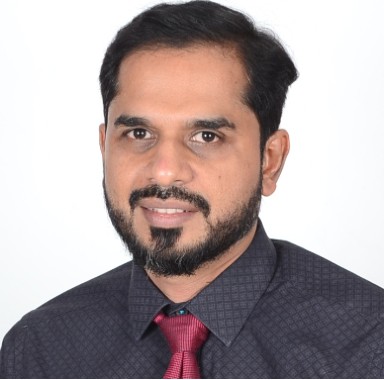 Yogesh joined ABS in 2017 to lead our new ISP and IT MSP business line in Goa, India. Our new busine

With more than 25 years in the communications Industry providing executive-level business and operational management with experience within large corporations at senior level to running start-up and emerging companies. Working for companies like Sprint, MCI, UPC, Xerox and others, with strong technology and product development expertise as well as building strategic business partnerships. She has spent a career providing leadership, project management and direction to achieve long-term strategic goals and objectives. Tasked to ensure standardization in processes and service delivery through direct and indirect coordinate of daily operations. Currently focused on identifying opportunities to develop and implement new partnerships, products and services across the ABS IT, Network and Smart Infrastructure business lines.

Kannan has been with ABS since 2000, he is a core member of the team alongside Paul, Kiran. Although he is an Oracle database programmer by trade, he is ‘multilingual’ in terms of the number of different programming languages he must deal with. He is passionate about programming, whether written by a professional or a novice; we have heard silent rumours that “if it is software, he’ll understand it”. He is the head of software development in ABS and manages one of the largest team within the company spread across two countries. Kannan is a passionate family man and yet alongside his work and parental commitments, somehow, he still finds time to enjoy playing cricket every week and taking part in group cycling challenges! It’s true that this profile might make him sound like a ‘He-Man’ but … he still can’t eat tomatoes!!

Yogesh joined ABS in 2017 to lead our new ISP and IT MSP business line in Goa, India. Our new business line operates under the brand name of GOMANTA. Yogesh brings his more than eight years of experience with another Indian ISP. His knowledge and experience have been essential to the continued success of GOMANTA. Yogesh has a technical and business background with an excellent understanding of the customer relationship values.

Our MSSP services and solutions has played a vital part in boosting many of the day to day services people take for granted. We take a great deal of pride in providing a robust and secure system to our customers, leaving them with the peace of mind that their trusted MSSP is managing the systems. We have supported a variety of sectors such as the MOD, Charities, Education and SME Businesses. Our future goals are to explore opportunities in the NHS and further expand in the Education sector, as we believe we can bring real value to the IT services offered.

Although ABS have a number of highly skilled in-house technicians providing support from Level 1 to Level 3, we also have specialist partners that provide us support from time to time. This adds yet another layer of resilience to the service we provide to our customers.

"In all my dealings with ABS, I have found them to be professional, making every effort to go that extra mile to provide what their client needs – regardless of contracts, SLAs or lead times. I have never dealt with a company where it so ingrained to put the customer first, and so evident in their delivery"

"Thank you for your support and the time you have invested in this project.  We are really grateful that you have found time to help us in this way."

"It was great to see you both this week and once again a BIG thank you from me, for your excellent care and hospitality."

"I write to thank you and your team for all the support that you have given to the Association in managing our IT services. You have been a positive partner of ours for many years."

"Thank you for all of your support and guidance over the recent years. I have learned a great deal from you and from your team. It has been a pleasure to work with you and I do hope our paths cross again."

"Thank you very much for your support, hospitality and kindness. It has been really lovely working with you all."

ABS IT Services is continually striving to improve as a business for its employees, customers and suppliers and therefore have the certifications.